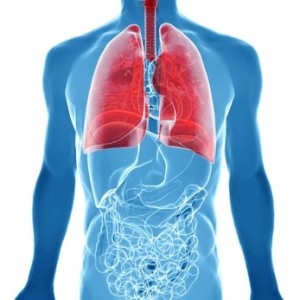 The fundamental function of the respiratory system is the constant, steady provision of oxygen to the cells of the body and the constant, steady removal of carbon dioxide. Oxygen is essential to the proper functioning of the system. The human body is capable of surviving for several days without water, but for no more than a scant few minutes without oxygen. Its oxygen reserves are minimal; hence the imperative of keeping the supply coming steadily. The respiratory and cardiovascular systems work together closely in this process. Constant access to oxygen makes it possible to maintain the vital functions of the cells and the generation of energy.

The movements of the thorax facilitate the change in lung volume and the transport of air. Oxygen makes its way via the respiratory tract to the lungs, where the exchange of gas and blood takes place.