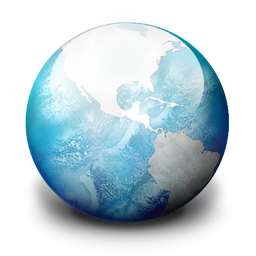 On average, the physical environment has an impact of twenty per cent on our health. Nowadays, we are seeing increasing environmental pollution, which means that we are continually exposed to contact with numerous substances that are harmful to our bodies.

As we breathe, we treat air as something natural, often giving no thought to threats to our well-being. Yet, in the process of breathing, substances in the air which have a range of effects on human health find the ir way into our respiratory system and settle in different parts of it, depending on their size. These substances can take the form of dusts, fungal spores, corrosive substances and other harmful compounds, or even some medicines.

The rapidity with which it absorbs substances is comparable to that of intravenous injections. The widespread administration of medication by means of inhalation takes advantage of this property.
Dust consisting of the smaller particles can remain suspended in the air for a period lasting from hours to a week, depending on the weight of the particulate matter. It can also travel over extremely long distances, measured in kilometres. It is estimated that, in industrial areas and large agglomerations, one cubic centimetre of air contains anything from ten thousand to several million particles of trace substances. Dust is airborne and we take in doses of varying composition with every breath.
The smaller particles are able to penetrate to the pulmonary alveoli, the deepest parts of the lungs, where the gas exchange between the air and the blood takes place. These are the most dangerous of particulates, since the lungs are not equipped with such efficient means of removing them. If the particulates are water-soluble, then they will pervade the bloodstream. If they are not water-soluble, then they remain in the pulmonary alveoli areas and, depending on their chemical composition, act on our bodies in various ways. The diffusion process means that the smallest of them can work their way into the bloodstream and then into other internal organs, giving rise to numerous diseases.